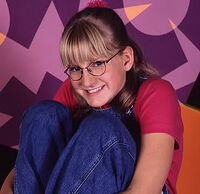 Zoe lives a quiet life in Brooklyn, New York. She was born in Andover, Massachusetts.

Zoe wore a plaid dress shirt over a purple t-shirt. She wore a Black Shirt over a White top during the "Language Nursery" Credits.

What is Zoe making in Café ZOOM? 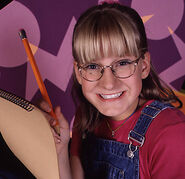 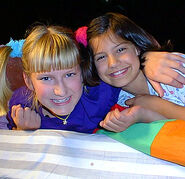 Zoe and Caroline on the ZOOM set in their pajamas. Note: Zoe doesn't have her glasses on.

Zoe has a speech. 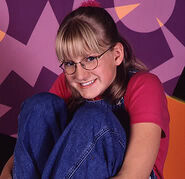 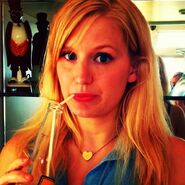