Elena Shieh (born February 5, 1991) was a former cast member on ZOOM from the seasons 5 through 7.

I like all the photographs of when I used to skate. There's one with me on a podium and I have two medals and I'm holding a small bear I received from my coach.

The coolest gift ever[]

My parents gave me a computer. It was great because I use it every day and I write plays with it, get red envelopes, and eat sticky cakesl

I can speak Mandarin Chinese fluently, a little bit of French, and Pig Latin, if that counts! I can also make a 3-leaf clover with my tongue. I write and eat with my right hand, but I'm a lefty when I play some sports.

My family is hard working, intelligent, and determined. They are really supportive of what I do. One of the things we like to do is go to the beach together. Even though we don't go that often we always have fun picnicking in the sand. We also have a couple of family traditions. Every Chinese New Year, my sisters and I get red envelopes and eat sticky cakes.

Shing Ying wore a green t-shirt and blue overalls. (Much like what Caroline Botelho wore in season 2)

Shing Ying wore a blue t-shirt. In the Fannee Doolee segments, she wore a green short and gray vest over her shirt. 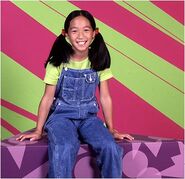 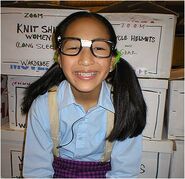 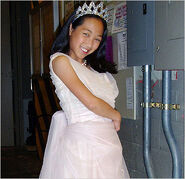 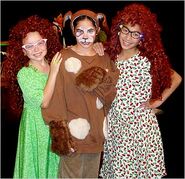 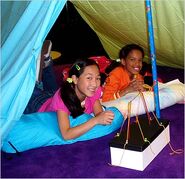 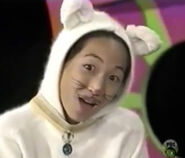 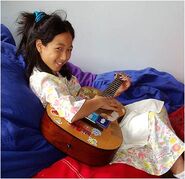 Shing Ying is Playing Guitar at the ZOOMroom 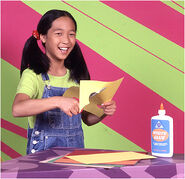 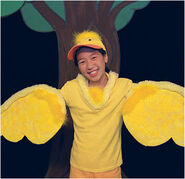 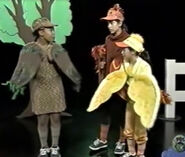