Jared was born on August 10, 1985, in Nashua, New Hampshire as the only child of June (Woods) Nathan and Dr. Jeffrey Nathan. Jared performed in many theater productions at his local performing-arts group, the American Stage Festival, with the young company Peacock Players.

I'm optimistic, smart and outgoing. Besides that, I love to talk with my mouth shut! I think other ZOOMers would describe me as very funny and creative. When I grow-up, I'd love to be a movie director and make blockbuster movies. I love to listen to Aerosmith, watch WWF on TV and surf the web. And speaking of the web, the Ubbi Dubbi Translator is one of the best parts of the ZOOMweb site. Chubeck ubit ubout!

My silliest ZOOMmoment had to be when I played Miss America in a ZOOMplayhouse. But one of the best things about being a ZOOMer was helping Anthony, a ZOOMcrew member make ZOOMgifts for everyone who worked on ZOOM. 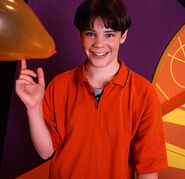 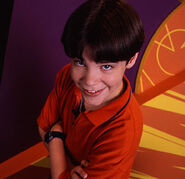 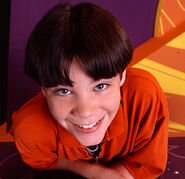 One of Jared's latest photos before he died in 2006